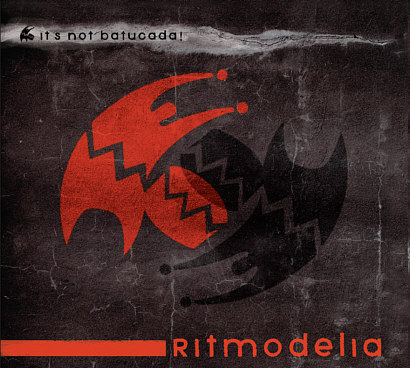 Release date: 16 June 2010
Catalogue number: CM 8231   |   Format: CD   |   Box: digipack
Album type: studio   |   Genre: World/Instrumental
Publisher: CM Records
Total time: 49:28
EAN: 5904259358231
The band’s first album entitled "It's not batucada!" featured 10 original instrumental tracks. The band used their typical Brazilian instruments as well as all the best, the ethnic and orchestra percussion worlds have to offer.
Ritmodelia’s music on this record holds references to the traditional dance rhythms of the World such as samba or comparsa as well as to the modern club music of funk or jungle. This is a conscious play with rhythms and sounds. The tracks are very diverse an recorded in a unique space. The musical knowledge and the experience of Ritmodelia’s musicians is balanced with the primal energy of the rhythm and the expressive power of a huge percussive orchestra.
The recordings were realised and mixed by Mateusz Adamczyk and Sebastian Witkowski in Warsaw in 2009. The special guests featured on the album include Greg Beyer – a composer and professor at the School of Music Northern Illinois University and Scott Kettner- the leader of Maracatu New York.

Ritmodelia percussion group was founded in 2003 as a result of several Warsaw based musicians’ fascination with Brazilian street samba – its rhythm, vividness and the power of expression. It soon turned out that creating own rhythms is far more interesting and rewarding than copying foreign traditions. Ethnic rhythms from Brazil, the Caribbean and Africa inspired Ritmodelia to make their own pieces of music.
The band is made up of professional and active drummers and percussionists, who otherwise perform and record with the most famous performers, groups and orchestras in Poland. All the band members are acclaimed classical, jazz, folk avant-garde and pop musicians who play rock, soul, R&B, hip hop, reggae and salsa. Thanks to their experience and expertise in various music genres Ritmodelia’s music is versatile, constantly developing and full of fresh ideas.
The basic idea behind the band is it’s mobility – the ability to move, dance and perform choreography while playing. The group plays Brazilian drums and percussion instruments such as surdo, snare drums, caixas, repinique, chocalho, agongo bells, cuica and many others invented to be used while marching at parades. That is why Ritmodelia specializes in all kinds of marches and happenings. Thanks to its mobility the band’s dance club and festival shows are spontaneous and unrestrained.
Ritmodelia is usually a 7-piece band, but during various special projects it grew up to dozens of members. The band often collaborates with dance groups and street theatres. It has already played hundreds of shows – street happenings, club concerts, festival performances and TV programs. They are always energetic, joyful, interesting and danceable.
The most interesting Ritmodelia’s performances include: a concert at Expo 2008 in Saragossa, a show with Frank London and his Klezmer Brass All Stars at the Jewish Culture Festival in 2007, a performance at Malta Theatre Festival in 2006 and Wroclaw Non Stop in 2006, as well as the collaboration with Maria Peszek and accompanying her at the Top Trendy 2009 Festival.