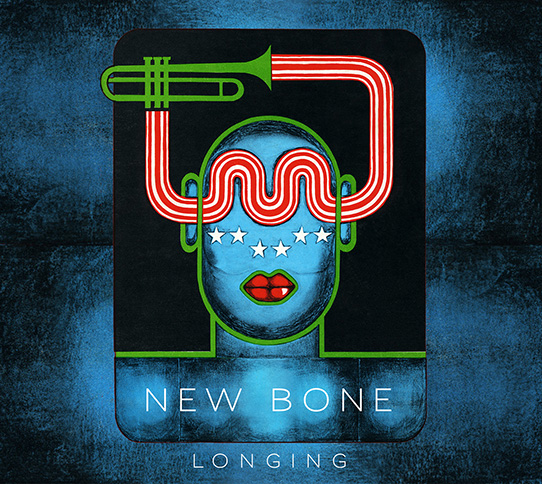 A story of longing and transience, told in the language of modern jazz. Perfectly scored, multi-faceted music in artful instrumentation, played by outstanding musicians. A mature and profound work.

New Bone is a jazz quintet from Poland, made up of young, prize-winning musicians. With their four records they confirmed their position on the Polish jazz market. Even such authorities in the field as Jarek Śmietana and Bogdan Chmura, expressed enthusiasm about their musical achievements. A positive response in the trade press, both the Polish and foreign one, has contributed to the growth of interest in the band beyond the borders of Poland. The band receives proposals for concerts in the farthest corners of the globe. Currently they are getting prepared for other international appearances. The band appeared at the second edition of the Festival of Polish Stars of the World Jazz in Moscow, as well as at the International Delhi Jazz Festival in 2013 and Varna Summer International Jazz Festival in 2014. During their stay in India, New Bone went down in history as the first band that performed with live jazz concert in Kashmir! The band was formed in 1996 with initiative of Tomasz Kudyk, a trumpeter. The debut album "Something for now", which featured compositions by the leader of the band, was recorded in 2004. The debut recording resulted in numerous concerts throughout Poland. In 2009 New Bone band recorded the second album "It’s not easy", which is the continuation of "Something for now". In January 2012, the band recorded material for the third author's album entitled "Destined" (premiered April 2012). In August of 2013, Paweł Kaczmarczyk was replaced with Dominik Wania, with whom the band had recorded their fourth album "Follow me" in 2014. The author of the music, as well as the major part of the compositions performed by New Bone, is the band leader Tomasz Kudyk. New Bone performed at many major festivals, including, among others: Bydgoszcz Jazz Festiwal (Poland, 2009), Hanza Jazz Festiwal (Koszalin, Poland, 2009), Festiwal Jazz Bez... (Przemyśl, Poland, and Lviv, Ukraine 2009), Festiwal Jazz w Muzeum (Ostrów Wielkopolski, Poland, 2009), JVC Jazz Festival (Legionowo, Poland, 2005), Sopot Molo Jazz Festival (Sopot, Poland, 2012), RCK Pro Jazz Festival (Kołobrzeg, Poland, 2013), Festival of the Polish Stars of the World Jazz (Moscow, Russia, 2013), Delhi International Jazz Festival (New Delhi, India, 2013), Varna Summer International Jazz Festival (Varna, Bulgaria – 2014).