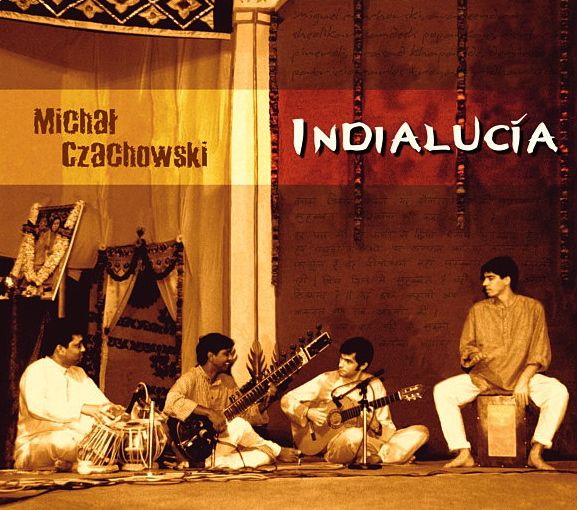 Indialucía is a musical project, which fuses two fascinating styles of music: Indian and Flamenco music. The album expresses both the human and musical fusion of these cultures, which could have had a common ancestor. Improvisation and rhythm are the common elements in both styles and are essential to the continued existence of this music. The recordings were made between 1999 and 2004 mostly in India and Spain. Many great artists from the two continents performed. This album is the result of the years of work, which for the first time demonstrates the common elements of flamenco and its Indian roots fused into one art form.

Miguel Czachowski (the musical director of the album) was born in 1974 into a family of flamenco lovers where he was raised in a flamenco music environment. At the age of 12 he began learning to play the guitar. After his initial studies he took master classes from professional flamenco players such as Rafael Cortés, Salva del Real and Gerardo Núñez, which solidified his complete dedication to flamenco. In 1992, he formed his own flamenco group. Performing both as a solo artist and also with his band, Miguel has won first prizes in many folk festivals and is now the leading flamenco player in Poland. He has performed and recorded with many great artists and groups and he concretised all over Poland as well as abroad (Austria, Germany, Italy, France, England, Belgium, Holland, Slovakia, Czech Republic, Belarus and India). His fascination for flamenco and Indian music inspired him to go back to the roots of the Gypsy music and record this CD.