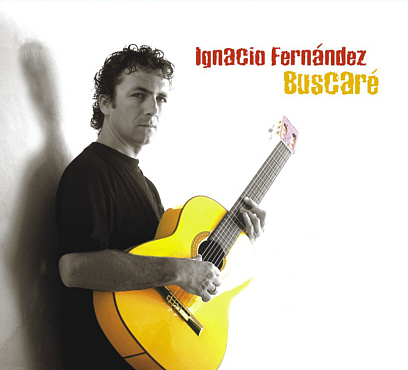 Buscaré is debut album of the young flamenco guitar player from Jerez. His work presents modern flamenco guitar in the concept of melodic, harmonious and rhythmical blending. Ignacio melds the jazz and flamenco of his instrument, and its fluid lines allow displays of emotional expression and flights of passion Pat Metheny and Vicente Amigo would themselves seek. The album is not only for flamenco guitarists but for everyone who likes fully acoustic music, chill-out or warm sounds of Andalusian summer. There are modern and less purist airs in this Buscare in which, through well-worked melodies, he achieves a very up-to-date flamenco, that brings it closer to all audiences.