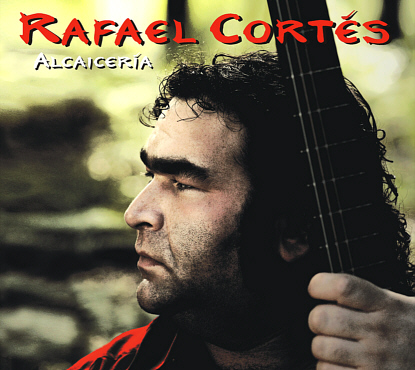 Rafael Cortés is one of the few composers who unites the tradition with the present time and maintains pure flamenco, playing modern style. In the Alcaicería young guitarist demonstrates in impressive form not only to be a technical magician but that also being a sensible musician who can transmit all the emotions and feelings with his guitar. In the music of Rafael we can discover the influence of Paco de Lucia and while we enjoy equal technical level we experience the sensation that there is nothing for him he could not be able to play.

Rafael Cortés was born in 1973. His grandfather Octavio Cortes Maya was a famous guitarist in his native city, Granada. Only having four years of age he debuted with his father as an accompanist. At the age of 9 he begins to accompany dance and he singing, that is what it really forms a flamenco guitarist. When Rafael was 14 years old, his professor of guitar El Macareno decided that the boy already knew everything what he could teach him, and had achieved an incredible technical level. Rafael collaborated with many great names of flamenco and the artists of other branches, including Carles Benavent, El Cigala, El Piraña, Javier Baron, Concha Vargas, Carmen Ledesma, Jonathan Darlington, Jose de Lucia, Domingo Patricio, Maria Serrano, Tommy Emmanuel, Juan Cortes, and many more. It was in 1999 when he recorded his first solo album and began to make tours with his own group. His wonderful playing has sounded no only in Spain, also in other countries like, Germany, Holland, Switzerland, Austria, Belgium, Poland, etc. His second album work Gitanos del Agua, has been an unquestionable success for the public and the critic. In spite of his youth, Rafael Cortes is one of the best guitarists of the present time. His music is virtuous and full of temperament. His personal style is full of fire enriched with elements of the jazz and classic flamenco, giving as a result an enthusiastic and emotional music with a modern touch without turning aside of the flamenco tradition.